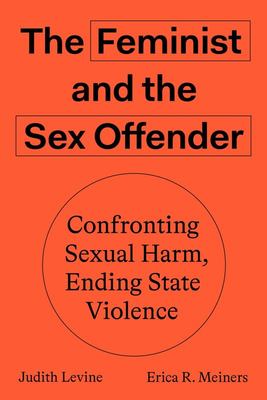 With analytical clarity and narrative force, The Feminist and the Sex Offender contends with two problems that are typically siloed in the era of #MeToo and mass incarceration- sexual and gender violence, on the one hand, and the state's unjust, ineffective, and soul-destroying response to it on the other. Is it possible to confront the culture of abuse? Is it possible to hold harm-doers accountable without recourse to a criminal justice system that redoubles injuries, fails survivors, and retrenches the conditions that made such abuse possible? Drawing on interviews, extensive research, reportage, and history, The Feminist and the Sex Offender develops an intersectional feminist approach to ending sexual violence. It maps with considerable detail the unjust sex offender regime while highlighting the alternatives we urgently need.